Dr. Colorado is a career scientist & an old friend of Glyph's, first introduced in How to Pronounce Dr.. She has a lab in a back-alley career science parlour in the Free Trade Zone, where she provides Franco with counsel after she, Henri & Glyph break out of prison in the newly founded Jackietown.

Colorado is attentive, empathetic, and often seen smiling. She has a penchant for gloves, and likes to unwind with a drink. She is both well-read & well-travelled. She is also known for collecting data and for being impartial.

Colorado owns a number of interesting possessions relating to her profession in career science, including a scented box and special cards that can be used to divine answers about the questioner, like tarot cards, but with different symbology. 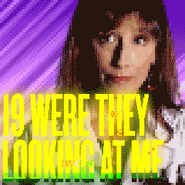 LTAS's gif for 19, which depicts Colorado in her career science parlour. The associated text is, "were they looking at me[?]".