How to Pronounce Jojoba

How to Pronounce Jojoba, or Jojoba, is a video uploaded by Pronunciation Book on the 8th of July, 2013, which lasts for 10 seconds. It was the final video to be uploaded before the 77 Days Video Countdown began.

The name "jojoba" originated with the O'odham people of the Sonoran Desert in the southwestern United States , who treated burns with an antioxidant salve made from a paste of the jojoba nut. It is a shrub which is native to the Sonoran and Mojave deserts of Arizona , California , and Mexico . In the Northern Hemisphere, pollination occurs during February and March. In the Southern Hemisphere, pollination occurs during August and September. In large quantities, the seed meal is toxic to many mammals, and the indigestible wax acts as a laxative in humans.

Jojoba is grown for the liquid wax (commonly called jojoba oil ) in its seeds. [2] This oil is rare in that it's an extremely long (C36–C46) straight-chain wax ester and not a triglyceride , making jojoba and it's derivative jojoba esters more similar to human sebum and whale oil than to traditional vegetable oils.

Jojoba oil is easily refined to be odorless, colorless and oxidatively stable, and is often used in cosmetics as a moisturizer and as a carrier oil for specialty fragrances. It also has potential use as both a biodiesel fuel for cars and trucks, as well as a biodegradable lubricant.

Plantations of jojoba have been established in a number of desert and semi-desert areas, predominantly in Argentina, Australia, Israel, Mexico, the Palestinian Authority, Peru, and the United States. It is currently the Sonoran Desert's second most economically valuable native plant (overshadowed only by the Washingtonia palms used in horticulture).

Selective breeding is developing plants that produce more beans with higher wax content, as well as other characteristics that will facilitate harvesting.

Jojoba oil is found as an additive in many cosmetic products, especially those marketed as being made from natural ingredients. In particular, such products commonly containing jojoba arelotions and moisturizers, hair shampoos and conditioners. Or, the pure oil itself may be used on skin or hair.

It is a fungicide, and can be used for controlling mildew and has been explored as a cheap, sustainable fuel that can serve as a substitute for petroleum diesel. 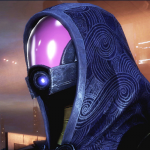