Pronunciation Book, or PB, is a YouTube channel created on the 14th of April, 2010.

Pronunciation Book appeared to start out as a simple YouTube channel teaching people how to pronounce various words of the English Language, specifically focusing on the American dialect. To this effect, the majority of PB's videos consist of the same pattern:

1. The word is said once, then be repeated slowly. (if this is about a phrase, not a single word, this is skipped.)

2. A sentence with the word in it, or a sentence that relates to the title is told, then be repeated slowly.

3. Occasionally a second phrase will be said, then be repeated slowly.

On the 9th of July, 2013, PB broke from it's usual routine that it had followed religiously for three years, and began what came to be known as the "77 Days Video Countdown". All videos from this point onwards, beginning with "How to Pronounce 77", follow a different pattern:

1. Start with a cryptic sentence

2. State how many days until when something will happen

Prior to the countdown was a disjointed narrative which began to form before the viewer's eyes, and through each video revealed a little more of the plot. By the beginning of the countown this disjointed narrative began to be integrated and affiliated with each number. Some were shorter, others much longer. For example, the Narrative Countdown which went along with How to Pronounce 36:

The countdown ended on the 24th of September 2013, 15.00 GMT with the reveal of Bear Stearns Bravo in the video How to Pronounce Horse_ebooks. 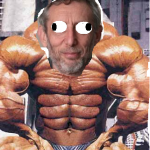