Sonata is a famous singer[2] & superstar. She claims to be one of the five real masters of Big Gallup, and proved her skill by beating Lasso & winning the Big Gallup tournament[2].

Sonata is referred to in 36, which mentions the hotel dreams (several of which she features prominently in). LTAS's gif for 16 depicts Sonata w/Franco at the bar. 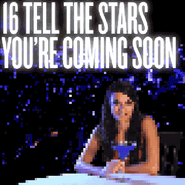 Sonata (to the left) during the dream sequence of the pirate invasion of the Solarium Club[5].
Add a photo to this gallery

Retrieved from "https://77days.fandom.com/wiki/Sonata?oldid=10565"
Community content is available under CC-BY-SA unless otherwise noted.