The Tragedy on Threadneedle Street

The Tragedy on Threadneedle Street was an 18th century fire that burned down a London taxidermy shop[1][2]. The event directly led to the acquanitance of five friends (not to be confused with the Five Friends), and subsequently the foundation of Los Angeles[1][2].

In 1720, a small, taxidermy shop on Threadneedle Street, London, caught fire; the building bore no insurance mark, so no one had rushed to save it, and the five passers-by that did take interest were powerless to stop it[2] . As the five passers-by watched the blaze, they had the following exchange[1]:

The potter Oliver said: “Wretched chance. Man delights in the creation of forms, but oh, his works are fickle visitors. Scarcely have they unpacked before they tire of our world”

The pugilist Chandy said: “Oh ho, fellows. I'll strike a doleful pose, but not without a wake. I'm a brass-fisted brute who gets pennies for his punches. Dine me tomorrow, dine me tonight, it's all just knuckles in the fight.”

The patissier Etienne said: “Life is a profiterole and death is a financier. Why bake it all when there is one dish I cannot cook, or even name? I spent my summer years searching for the recipe, but now in autumn, I seek the recipe's recipe instead.”

The physician Alain said: “A wasting patient needs but the proper regimen; does man's creation deserve a less vigorous girding? A work without a guiding hand is a ward without a doctor.”

The pianist Nigel said: “Mend the patient with one hand, but make him dance with two. A treble clef holds a frolicsome melody, but that's mere fancy without the bass clef's dutiful harmony. Private in public, company and monarchy. Right and left, shaking hands after a successful tune. That'll keep him dancing, ah ah, ha ha.”

Etienne later wrote (in his diary usually reserved for pastry recipes) that in that moment, "he understood himself to be outside of chance. [...] [the five new friends] had glimpsed a forceful motion; relentless and perfectly concealed, that could create and destroy and lift entire societies into the sky."[2]

After witnessing the fire, as per their exchange during the blaze, the five new friends used their new ideas to lay the foundation of LA: two hands comprised of five banks, and five branches of government; the ten fingers of LA.

Etienne, a young man at the time, also went on to become a successful investor, gathering such a great fortune and status that he was able censor his personal history to edit himself into nobility, the only record of his history being the diary he recorded the tragedy in[2]. 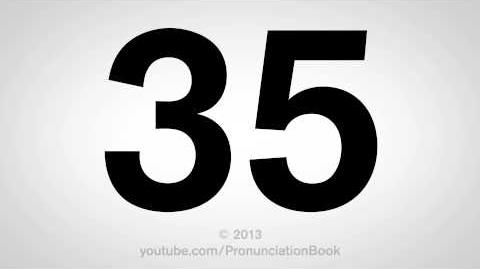 How to Pronounce 35
The 35th video in the 77 Days Video Countdown, referring to Etienne & the Tragedy on Threadneedle Street 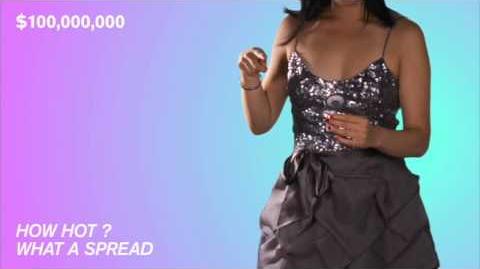