Tony Polygon a.k.a. 4-of-a-Kind Tony, or simply Tony, is a designer and one of the players in the Big Gallup Tournament; he is defeated by Lasso. He is played by Jason Kalter[1]. Tony's appearance is only shown once, at a distance with the other Big Gallup players during the pirate invasion of the Solarium Club. He is white, stocky, and has sandy brown head & facial hair.

The Big Gallup Players during the pirate invasion of the Solarium Club[2]; Tony is the man furthest on the right. Also shown is (from right to left): Lady Marquee, Dealer & Sonata (with the scene being from Franco's point of view). 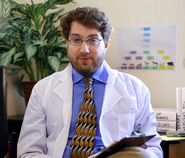 Kalter in a scene from his comedy sketch, "Inside Look: The Last Creed Fan"[3] (for reference)
Add a photo to this gallery

Retrieved from "https://77days.fandom.com/wiki/Tony_Polygon?oldid=10601"
Community content is available under CC-BY-SA unless otherwise noted.